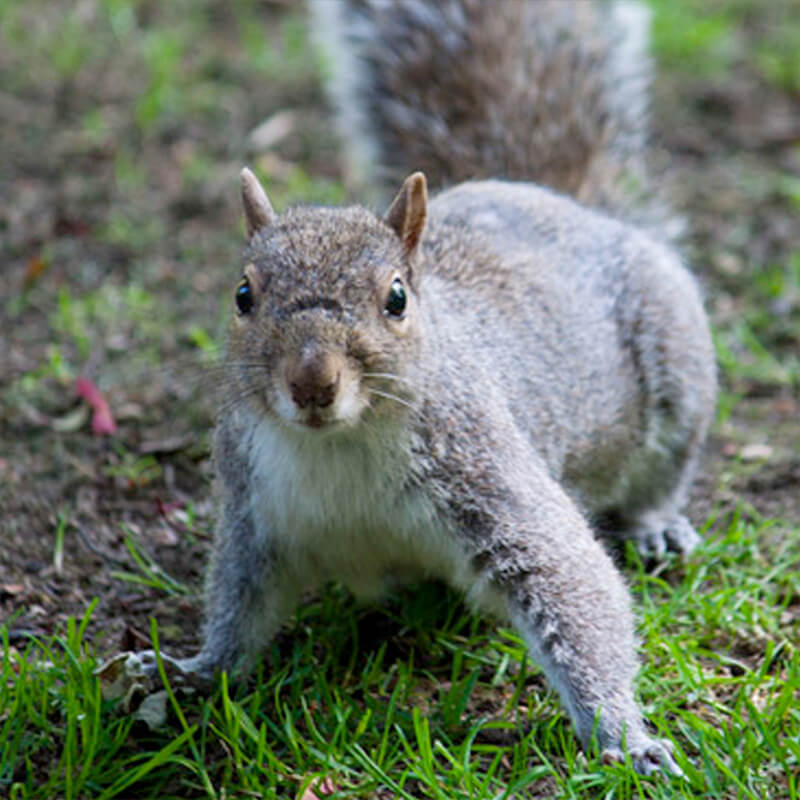 Squirrels living in both the wild and urban areas build large nests in trees using twigs and leaves for nesting material. In urban areas, they make nest around chimneys, attics, walls, garages, shed roofs, squirrel found in parks and woodland areas, they adapt quite easily to urban environments, taking up residence in and around buildings. In late winter and summer, a string of male squirrels may be seen pursuing sexually mature female squirrels in a noisy, energetic chase through the treetops, on rooftops and on the ground. This chasing behaviour is thought to be a vital phase of squirrel courtship. During the mating process, the male squirrel excretes a wax plug that obstructs the female’s vagina and prevents further mating by other males.
Twice a year, about 42 days after mating, the female gives birth to a litter of 1 to 7 young with the average urban litter being 5 or 6 youngsters. Baby squirrels do not open their eyes until 32 days after birth. Squirrels born in the spring are forced to fend for themselves at the age of 10 to 12 weeks. However, baby squirrels born in the fall usually stay with their mother until late winter when she breeds again. 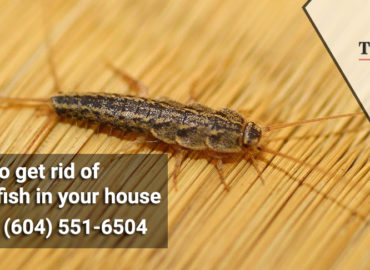 How to get rid of silverfish in your house 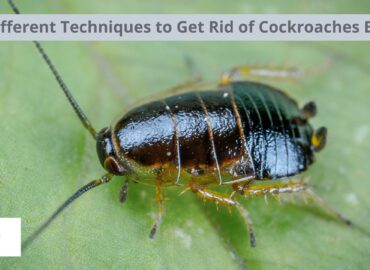 Six Different Techniques to Get Rid of Cockroaches Easily 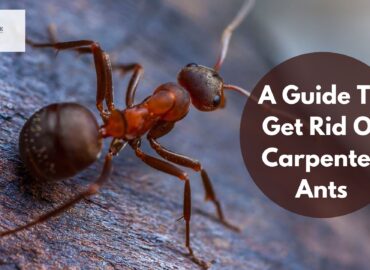 A Guide To Get Rid Of Carpenter Ants

Laurence Coup
17:04 19 Oct 22
Awesome customer service the gentleman came on time he knew exactly what to do and how to do it money well spend for a job so very very well done i highly recommend to call them if any issues w rodents etc...you will get great service and a job well done.

Y Man
18:38 09 Jul 22
We got a rat in the garage and needed help promptly. We called multiple places but none could come until 4 days later or our calls end up in voice-mail without returning our calls (despite calling at their office hours). Top Line was able to accommodate and came by same day. He arrived on time, laid the necessary traps and explained how to choose the entrance points. We got our peace of mind back.

Jennifer P
21:15 20 Jun 22
Very knowledgeable and friendly service. I called in the morning and he was out right away to set trap up, the trap went off but didn’t get it however he came out right away to set it back up. Caught on the third day! I highly recommend calling Javaid. Thank you!

Louperro
21:56 04 Jun 22
Ant Man to the rescue!I chose to call Top Line Pest Control, based on the great reviews, and I’m glad I did! I’m happy to add another 5 stars here.Javaid was very quick to respond, (he came out to assess our ant problem the same day I called!) We booked Javaid to come back the following week. He is very knowledgeable and thorough in his work. He takes the time to explain things, and offers very fair and honest pricing. (Our ant problem is challenging because we can’t determine the nest location inside the roof. Javaid treated the areas we believe ants are emerging, but he didn’t charge the full cost of his original quote because he wasn’t entirely satisfied we had located the direct source of the ants. I thought that was so kind and honest of him, and I really appreciated it).We will definitely call Javaid at Top Line Pest Control again when we need to! Thank you for your great service.-Lisa

G Armand
23:04 01 Jun 22
Javid is very professional and patiently explained his service to us! The price was reasonable as well!Highly recommended